CHEYENNE – I had to make the trip to El Paso.

As a young fan, I was mad at Dana Dimel. How could he leave? We had such a good thing going. Wyoming football was a perennial eight, nine-win team. Houston? What do they have that we don’t? Aside from Andre Ware, they weren’t even relevant, in my mind. Not even in their own town. We all know Texas and Texas A&M control that state.

So, why on earth would Dimel leave? Money.

That just made me more upset. I was also 15 years old. I just couldn’t comprehend it. 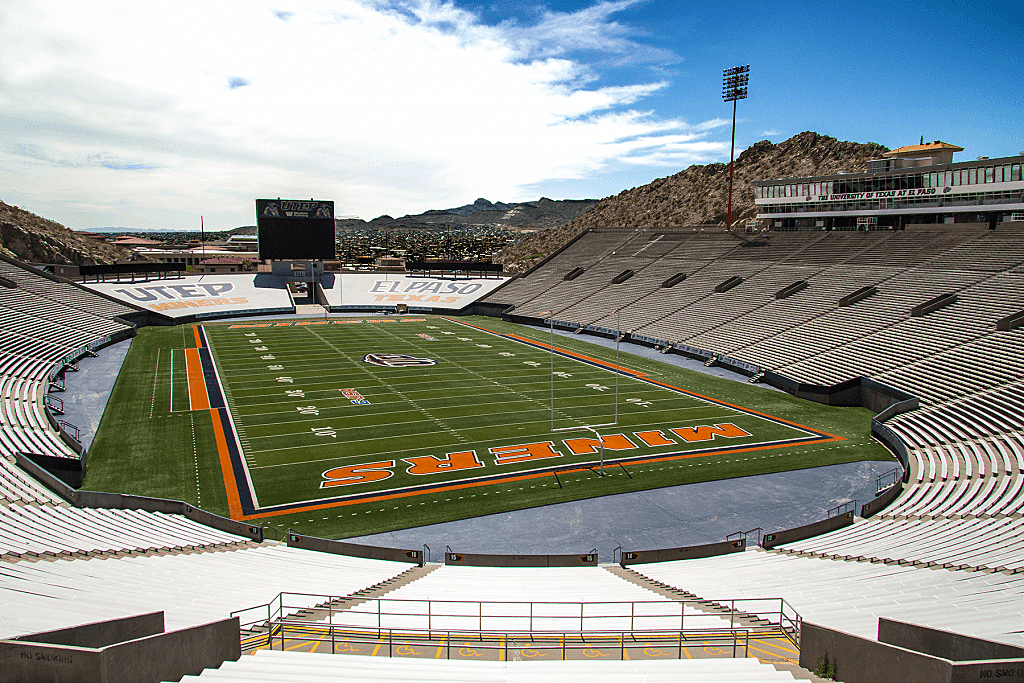 I told Dimel how disgusted I was with his decision more than 20 years ago. To his credit, he was a good sport. And after meeting him, I couldn’t help but like the man. He was funny, laid back, and it became obvious pretty quick, he still loves the Cowboys and the time he spent in Laramie.

Plus, it’s not everyday a Division-I coach lets you hang out in his office. He gave us so much time that he even made one of his players wait in the lobby. He had a phone interview scheduled with Phil Steele that afternoon, too. He was almost willing to blow off the publisher of one of the most influential college football magazines for us.

He was having fun reminiscing.

He talked about Jeff Boyle, Patrick Chukwurah, Jay Stoner, Al Rich, Matt Lehning, and others. We both got nostalgic.

He was so engaging that I lost all “hated” for the man within the first minute.

Before we made the 75,346-mile trip to west Texas, I wanted to talk with some of Dimel’s players. How did they feel about the guy?

Every player, from Boyle to Chukwurah, told me how approachable Dimel was. They said he was “hungry.” He was only 35 back then. He had a lot to prove. Boyle called him a “player’s coach.” Said he was forever grateful that Dimel gave him his lone Division-I shot. Said it made him play that much harder.

I recall watching a Houston game or two back in the day. I wanted them to lose – badly. It made me feel better. I’m sure I’m not the only one.

However, as we watched the Vic Koenning era unfold, it just pissed me off even more. I cussed Dimel every chance I got. Paul Roach built it, Joe Tiller stabilized it, Dimel maintained it, then … boom. Rock bottom.

Dimel was sad about it, too. That made me feel better.

Fans have expressed to me that Dimel left a bad taste in their mouths. They love that he’s at UTEP now. Most consider that a bottom-of-the-barrel job.

The Sun Bowl is beautiful. One of the coolest settings I’ve seen on the college football landscape. It’s literally built into a mountain. You can see Mexico from Dimel’s office high above the 51,000-seat stadium.

The Miners haven’t done a lot of winning in that stadium or any other one for that matter. Last season, Dimel’s first in El Paso, UTEP won one game.

I took no joy in that. He didn’t either.

We both agreed that we’d love to see the Miners and Cowboys in the same conference again one day. He misses Laramie. I miss playing UTEP.

I’ve never had a “second team.” I still don’t. But I hope UTEP turns it around under Dimel.

We are now officially one week into this little venture and I am continually stunned by the support. In a good way. We have received so many great messages, calls and emails. It’s truly humbling.

When I started this thing, a high-ranking official at the university said, “Are you sure this will work? Are there enough fans to make this sustainable?”

The answer is an emphatic, yes!

It’s not always about the amount of people – though we have had thousands of site visits this week – but the loyalty of the fan base. We have that – in spades.

Once again, I want to thank each and every one of you for getting on board with us. Every “like,” “share,” comment and interaction, means the world to us. It makes me realize that we made the right decision to come home.

We are so thankful.

After one week, our Facebook page had a follow from every state in the country aside from New Jersey. That has been rectified. Thank you!

In our first week of operation we have seen more than 10,000 visitors to our site. That’s not too shabby, especially considering that it is the middle of summer.

One of our thoughts going into this was that we needed to reach the UW fans, alumni around the globe. Not everyone has a subscription to the state’s two biggest newspapers.

There are more than 128,000 Wyoming graduates running around this world. We have seen the proof this week. We have gotten hits from France, Germany, England, Italy, and many more places. It’s awesome to see that.

It’s a small sample size, but our analytics are telling us that out-of-market fans are reading. Here is our Top 5: Denver, Cheyenne, Laramie, Casper and Dallas, Texas.

Our most-read story was the feature on UW great, Fennis Dembo. The article that got hit the most was our Cowboy Classic cartoon of Dembo. I'm happy people are digging the cartoon as much as we do.

Feel free to share our page. We want this thing to grow!

A wall of an opportunity

We have a wall. A big brick one. Thanks to the owner of Sanford's Grub and Pub in Cheyenne, Jim Yates, we have a really cool possibility in the near future. If we can find an artist, Mr. Yates said we can paint a mural on the wall of his downtown restaurant. Not only do we need a killer artist to create an awesome UW mural, we need a sponsor to make it happen.

Do you know someone that might be interested? Please let us know. We have a great artist of our own, but he's terrified of heights. Who could blame him ... I am, too.

We want to promote your company. That’s not just lip service, either.

Because of local companies like these, this site will always be free to our readers.

Ask us about our early bird rates at cody@7220sports.com. We can send you our media kit and prices.

You can also comment on our stories on the site. You just need to fill out your email address and name to write one.

Also, we make a mistake here and there. If you see one, email us. We want to get it right.